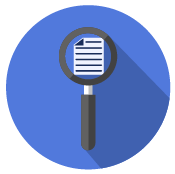 Here, the tactic is primarily nailing the landlord down. Requests for Admission ask the landlord to admit tat certain facts are true, such as that you told him that the heater was not working in November, or that the house was cited by the Health Department last month. The admissions can be general or detailed as the case requires, and can even get to issues that resolve the main dispute.

As with the requests for production, these requests are tailored to your particular situation, which take some time to evaluate and draft. The General Form Interrogatory form has a section numbered 17.1, which says that for each denial of a request for admission, provide all the facts, documents, and witnesses to support that denial. Here, the landlord can't just deny the request and hide information. If he denies a request, he has to supply all of the information required by 17.1. These two together form a strong team to pry information out of the landlord.

If the landlord does not answer this request for admissions, you can get the judge to order that everything you were trying to get admitted is DEEMED ADMITTED, meaning that you've just proven all of those things. Such a decision can be devastating to the landlord, wo only meant to give you a hard time in discovery, not lose his case in the process. Also, if the landlord denies something that you later prove at trial, he is required to pay you the expenses of proving what he denied.

The form interrogatories address a broad range of issues that usually arise in eviction cases, like the reasons for the eviction, the money paid and credited, what repairs the landlord claims, habitability issues, and so forth.

Discovery should be done at the earliest opportunity after the motion to quash is finally decided, because things can go quickly after that, such as the shortened hearing on the demurrer. There is a deadline by which all discovery has to be completed, and if the landlord's lawyer tries to stall you with evasive tactics, and you need to file a motion to compel, even that has a deadline to file which you may not meet if you delay in beginning discovery.

Save this product for later