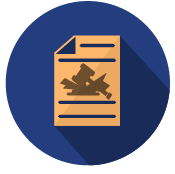 This is for unlimited cases seeking a mandate from the District Court of Appeals, which cannot use the convenient form designed for limited case writs, and involves substantially more work to prepare.

It will often happen that the judge not only rules against you in the motion to quash, but does so improperly. That is, while he is free to believe the lying process server's claim that he properly served you with the summons and complaint, the judge CANNOT deny the motion because you weren't physically present, or because the Plaintiff claims that they didn't serve you, or because the judge thinks that you should have filed an Answer instead. The judge cannot order you to "answer only" after the motion to quash, as they often and increasingly do, trying to prevent you from filing a demurrer instead of an Answer. Also, since the motion to quash will usually refuse to have a commissioner or specified judge hear your case, where that commissioner or judge hears and decides your motion to quash anyway, that is also improper. Frequently, all of these things happen in a single case. What so you do when the judge himself goes haywire?

The answer is a type of min-appeal called a petition for writ of mandate. In it, you take the matter to the District Court of Appeals and complain that the trial judge/commissioner broke the law, and ask them to correct it. If they rule in your favor, the order the motion to quash ruling stricken and re-assign the motion to quash to another judge with instructions on what NOT to do. However, even if they look the other way, as they often do on the judge's intentional violation of the law, you still get the additional time provided by that process. In most cases, it is at least another 3 weeks on top of the extra time you got by filing the motion to quash in the first place. In some instances, complications have resulted in additional months spent in that process, although that is very much the exception to the rule.