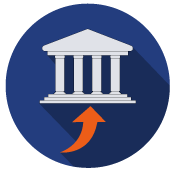 Removal to the Federal District Court means transferring the case to federal court, literally making a federal case out of the eviction. It is usually done right after the motion to quash phase of the case..

For tenants of foreclosed landlords, there is a special federal law called the Protecting Tenants at Foreclosure Act of 2009 ["PTFA"], which is similar to the California law requiring 90 days' notice, etc. It is an important part of the process, particularly to use the law and get a fair judge.

The federal PTFA law supersedes the California law, so that a landlord trying to evict you has to do so under the Federal Law not the California law, where there are any differences. In federal law, it is called Ejectment, and it has no time priority, which the Unlawful Detainer lawsuit has. Federal judges try not to lower themselves to handling eviction cases, and so far have come up with a variety of reasons for refusing to take on the eviction case, but we are still hopeful that one day a federal judge will recognize the tenants' rights and start accepting those cases.

During the COVID crisis, there were two federal laws affecting evictions. One is the CARES Act, which prohibited landlords from evicting for nonpayment of rent if the landlord got a forbearance or deferment on their mortgage. The other is the CDC order including the federal moratorium on evictions of tenants who submitted the special COVID declaration provided by that law.