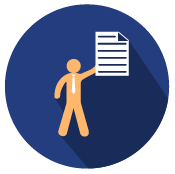 374 - Opposition to Shortening Time for Demurrer

As you can imagine, the landlord is increasingly frustrated with the delays in your eviction case, by this point. Often, the landlord's lawyer tries to shorten the time for hearing on the demurrer by what is known as an Ex Parte Application to Shorten Time. In it, the landlord's lawyer whines that you're using "dilatory tactics," postponing what they consider your inevitable eviction, and they want to have the demurrer hearing immediately, not a month away.

You will get a phone call or notice from the landlord's lawyer saying that the next day, or so, at a given time and place, they will be asking the court to shorten time on the demurrer hearing. This is very short notice, and usually, you have not even gotten their Opposition to the Demurrer by that time. The landlord's lawyer often wants to have the demurrer heard and denied that next day, like a surprise attack.

In order to prevent this, you need to file an Opposition to their Ex Parte Application. Typically, that can be drafted on an emergency basis and given to you in time to deliver to the Court for the hearing. This is one hearing where you should attend.